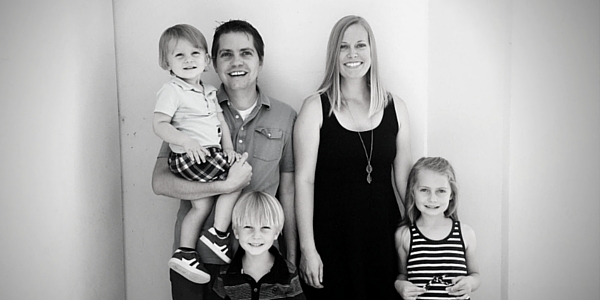 Josh and Allison Sanchez never could have anticipated what happened that night. A simple visit to the urgent care for their youngest son, Brady, turned into a long string of hospital visits, blood tests, and massive medical bills.

Josh and Allison were told that the seemingly common viruses their young son had dealt with the past couple months were suppressing his body’s ability to produce red blood cells and significantly lowered his hemoglobin count. They were immediately sent to the emergency room.

Leaving their older children with their grandmother, the Sanchezes stayed in the hospital with Brady as he underwent two blood transfusions and had his hemoglobin levels monitored.

Several members of their community group offered to support Josh and Allison by watching the kids, bringing meals to the hospital, or simply stopping by to keep them company.But since the hospital was in Anaheim, Josh and Allison humbly declined these offers, not wanting to inconvenience any of their friends.

After 4 days in the hospital, they were allowed to take Brady home. Upon their return, they found out their community group leaders had set up a meal registry for them. The Sanchezes were overwhelmed with gratitude.

"Those who provided food for us were so incredibly generous, many of them making sure we would have leftovers."

"At this point we were becoming lonely, concerned with the medical bills we were racking up, and tiring of having to leave the hospital to spend additional money to eat out every day."

This time around, the Sanchezes welcomed the many meals, visits, and prayers from their Village Church family,many of whom drove through rush hour traffic to be with them.

Surgery was eventually scheduled for Brady. The morning of the surgery, three pastors from Village Church came to the hospital to pray over the Sanchez family. The surgeon was able to find and fix the problem that day. Their prayers were answered!

While Brady recovered in the hospital, the Sanchez family continued to receive meals, visits, and overall support. Additionally, many offers were made to bring food to Allison's mom while she watched the kids for them. Others offered to go grocery shopping for her or take the older kids off her hands.

The first Friday after they returned home, Allison attended Village Moms. At the end of their time, the ladies gathered around Allison to pray for her again. They gave her an envelope that contained a check for $5,000 to help ease the burden of the medical bills.

"I immediately started crying and I didn’t even know what was in the envelope. It could have been $50 and that would have been enough to cause me to cry. Our group is not made up of a bunch of wealthy people. It’s made up of generous people who wanted to serve us and be the hands and feet of Christ."

Josh and Allison keep the envelope on their fridge so they always remember how God provided through their Village Church community in a great time of need.